This is probably one of the most common questions that people ask during their first consultation. The other is whether they will need to keep having acupuncture on a weekly basis to keep the getting the effect.
Traditionally, in China, doctors were not paid when their patients were getting ill. They were paid when their patients were well and healthy. This is in contrast with the way we only go and see our GP when we are ill. Traditional Chinese Medicine has a strong emphasis on re-establishing balance within the body and on preventing illness rather than trying to get better once the person is ill.
So let’s say someone is coming to see with nausea and vomiting during the first trimester of her pregnancy (also called morning sickness). Acupuncture can achieve fantastic results and calm the nausea and vomiting down very quickly, sometimes even after just one treatment.
However, that patient will need several treatments after that. This is because, with acupuncture, I would be trying to treat both the symptoms and the root causes of the problem. If only the symptoms are treated, they are very likely to come back. This is a bit like taking one pill to calm the nausea down. As the effect wears off, so the nausea comes back. As the root causes of the problem are tackled and the body is brought back into balance, the length of time without nausea increases and the results are sustained.
How long this will take depends largely on the patient and the length of time he or she has had that illness. The longer the problem has existed, the longer the treatment will take to re-establish balance within the body. Even when the illness is very recent, it may take time to ensure that the results are sustained. This is because an illness can be the sign that your body has been out of balance for a long time, even without obvious symptoms, and therefore will take time to recover. This also explains why 2 persons who have had a similar accident can heal at such different rates. 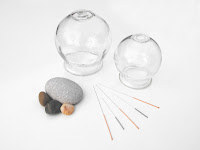 So as a general rule, I usually say that people will have some improvements within 5 to 8 treatments, with some people experiencing major changes after just one treatment. The length of the treatment itself will depend a lot on the patient and the length of time the imbalance has been present and if there are still some external causes for the illness (for example, stress or a very physical work).
Finally, I would really recommend to anyone who has had acupuncture in the past and found it beneficial to have some regular ‘top ups’, perhaps every 6 weeks or so.

{"timed-popup-delay":30,"cookie-duration":14,"popup-selector":"#popup-box-sxzw-1","popup-class":"popupally-opened-sxzw-1","cookie-name":"popupally-cookie-1","close-trigger":".popup-click-close-trigger-1"}
Find this helpful?
Get free proven ideas and strategies in your inbox.
Your information will *never* be shared or sold to a 3rd party.